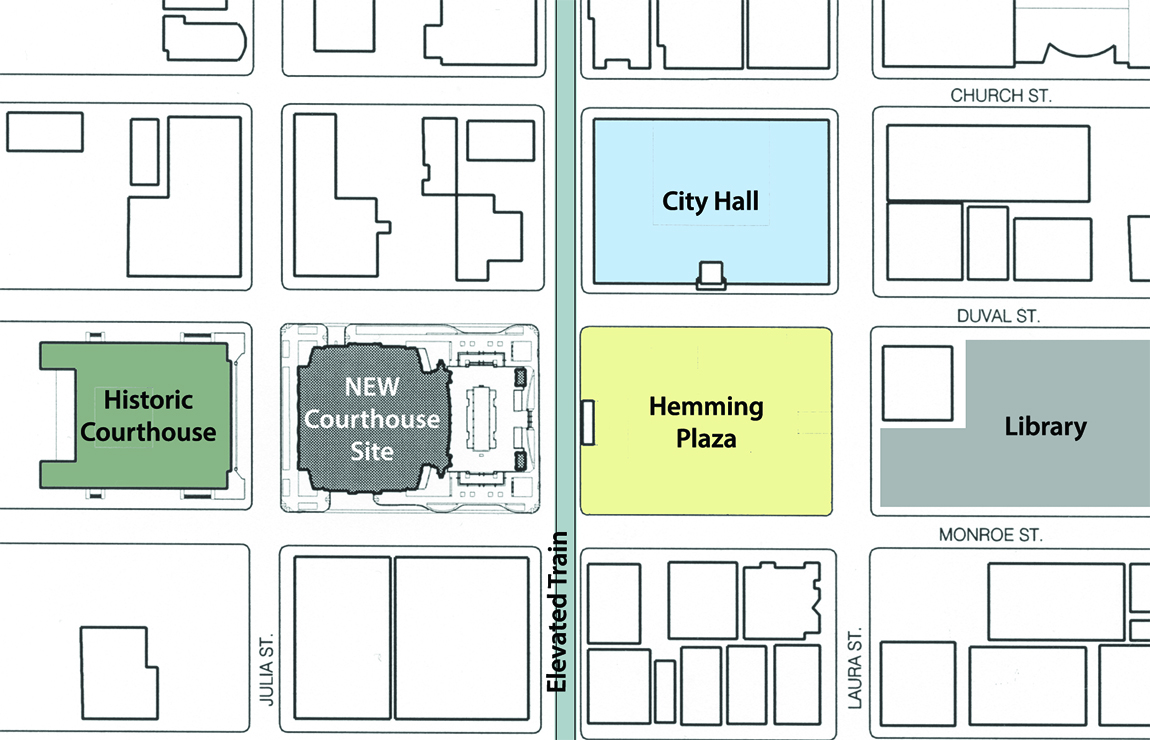 Key to the new courthouse design was our design team’s ability to blend with and complement the existing 1930’s Federal Courthouse across the street. SLAM was also faced with the challenge of designing within a tight site constraint, located adjacent to an elevated train station and across from a historic plaza and security issues stemming from Oklahoma City Federal Building tragedy.

With the design well underway, the Oklahoma City Federal Building tragedy occurred. This created a host of new security design criteria that would ultimately have a great influence on the final building design. The elevated train station suddenly became an object of concern from a security standpoint. The design of the new courthouse would have to respond to these new security issues. 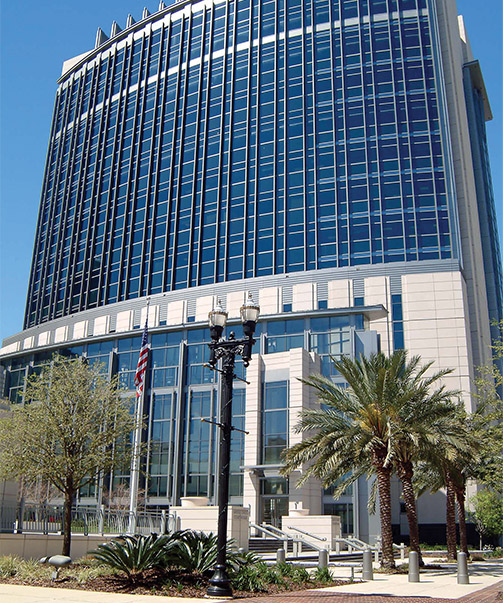 To maintain visual continuity with Hemming Plaza and ensure the building was an integral part of a larger urban assemblage, SLAM’s design maintained the paving material and pattern and continued the species of trees and other landscape elements. 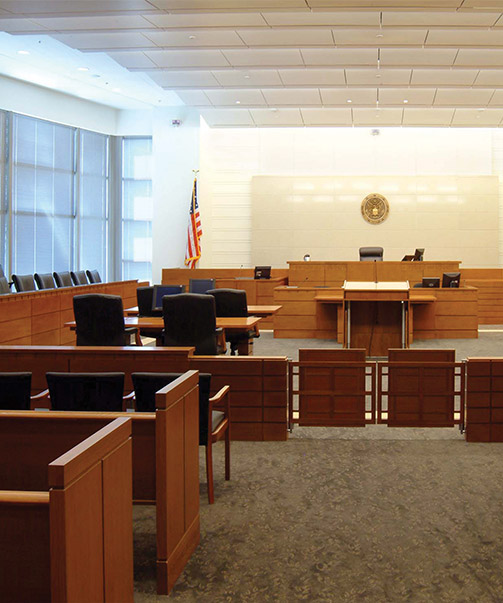 Challenged by the constraints of a tight site, the design utilizes a modified collegial floor organization. The district and appeals chambers are co-located on two common floors allowing a reduced building footprint and enabling the building to achieve a greater set back on the site. 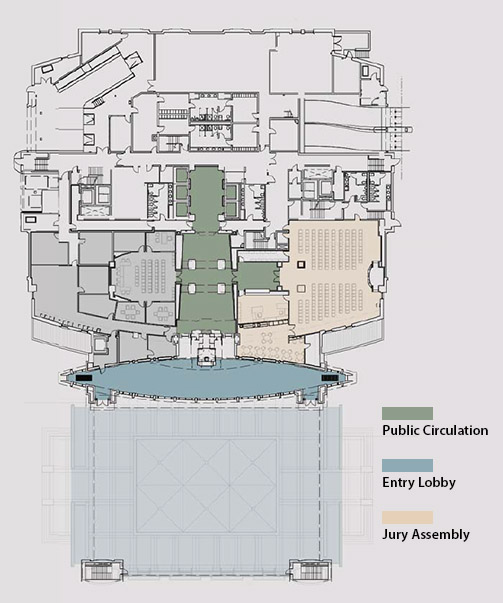 With heightened security concerns, the 14-story building was organized with the highest volume office functions and courts on the lower floors of the building, reducing unnecessary visitor travel throughout. The mass of the building was also pushed to the western edge of the new site, providing a cushion from the elevated train station.

The design team worked closely with the General Services Administration to successfully deliver a secure, state-of-the-art courthouse, that became a vital piece of Jacksonville’s vision for a government center within the historic Hemming Plaza area. 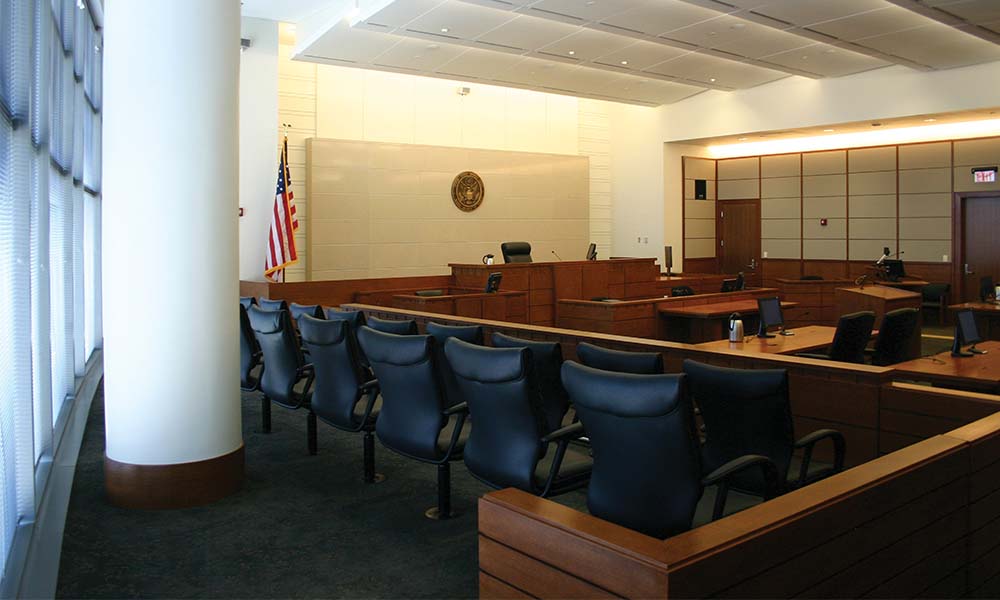 Occupying an entire block to the west of Hemming Plaza, the 490,000-square-foot facility features 17 courtrooms. 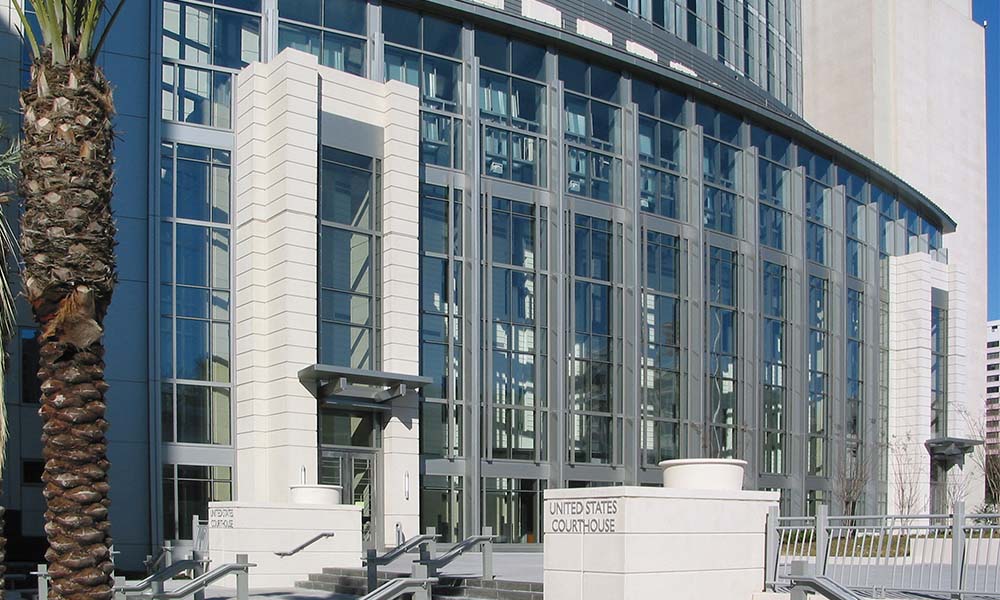 The lobby is quite visible to the public, both during the day and at night. It presents a welcoming space which draws the public to a secure, single entry point. 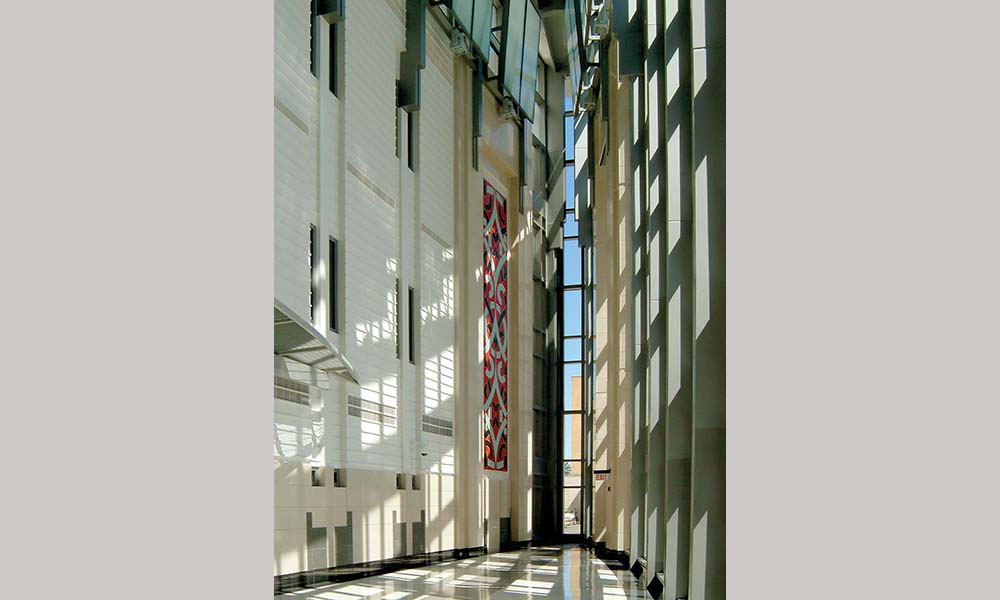 An elongated oval foyer connects the two entrances to the building lobby inside. This 3 1/2 story lobby creates a heroic sense of arrival with its gothic proportions and clerestory lighting at the top. 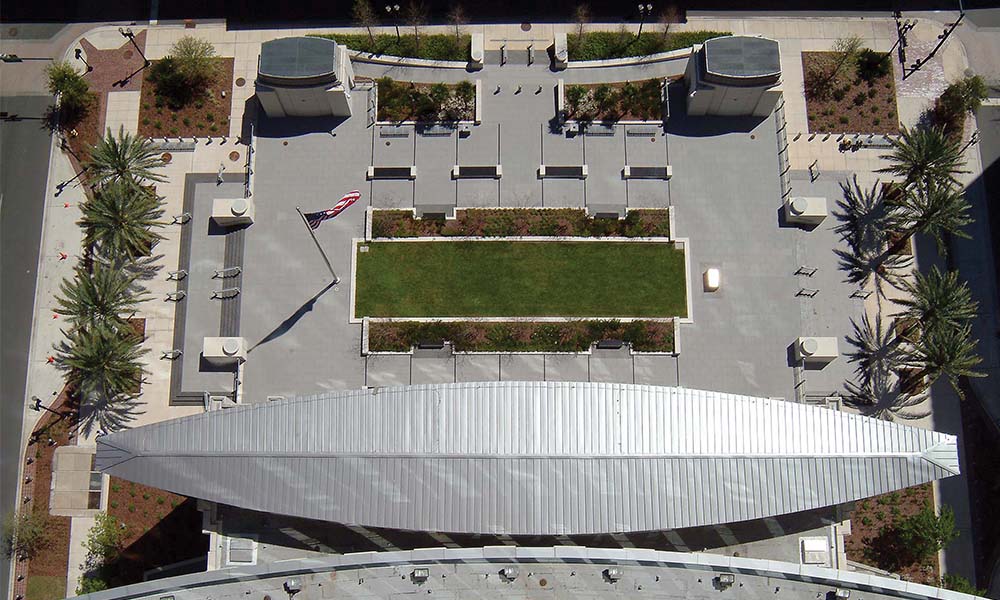 While the pedestrian sidewalks around the building provide visual continuity with Hemming Plaza, the on-site plaza was conceived as a formal entry to the building and a semi-private outdoor room.

The cornice is a poetic gesture to a classic idea of transforming the building into the sky, but is also a gesture to the metalwork found in the historic federal courthouse. 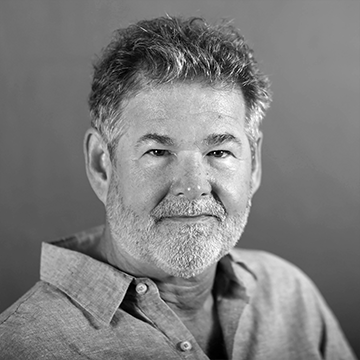 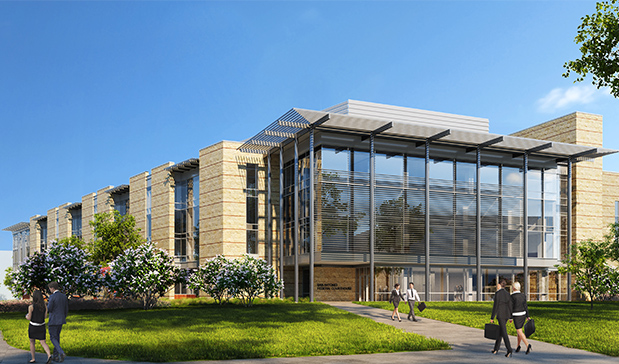 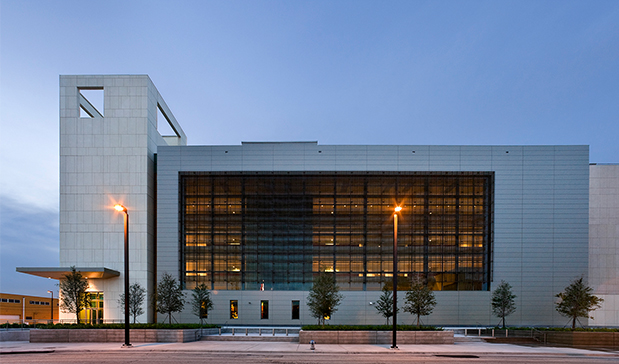